To the layperson understanding the difference between type 1 diabetes (T1D) and type 2 diabetes (T2D) can be confusing. The fact that the cause of these two conditions is the opposite doesn’t help in resolving that difference. To complicate things further, these very different diseases have the same treatment prescribed to manage them!

This is an autoimmune disease. A body’s own immune system attacks insulin producing beta cells in the pancreas, thus making them incapable of producing insulin, a key hormone in our bodies. People with type 1 diabetes have to inject themselves with insulin.

In this particular condition, the body becomes resistant to the effects of insulin being produced by the beta cells in the pancreas. The conventional treatment for this disease is also aimed at increasing insulin production or injecting insulin.

Conventional cause and treatment for Type 2 Diabetes

In the above image, you can see that the root cause of type 2 diabetes is insulin resistance, because our body is resistant to effects of insulin it cannot work well to suppress blood glucose, hence conventional medicine prescribes additional insulin to overpower the rising blood glucose.

So conventional medicine must know what causes insulin resistance you would think? Let’s find out.

This below is from the horse’s mouth…the American Diabetes Association. 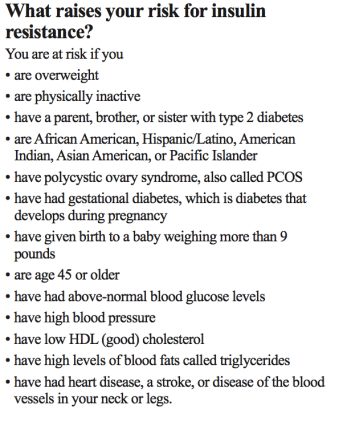 I think you get the idea, most conventional sources of information on T2D aren’t quite sure what the cause of insulin resistance is. When I was researching this very point back in late 2015 I came up with a big fat zero across the internet! Except one individual…Dr. Jason Fung! He said that insulin causes insulin resistance and he put forth compelling reasoning for why he thought this was the case.